As both a manufacturer and distributor for the Audio market, our extensive linecard offers a wide range of Audio components for all applications. With resistors, capacitors, buzzers, transducers, piezoceramic speakers, audio amplifiers & alarms, Charcroft has established itself as a high quality supplier of Audio products.

Charcroft’s in-house manufacturing capability enables us to deliver the manufacture of accurate, high-stability components demanded by high-end Audio applications. Offerings such as the unique ‘naked’ resistor and other specialist components, screening services and matching, all serve to add clarity and balance to high-value Audio systems.

To ensure we continue to provide our customers with unique audio-components, Charcroft can now offer a Precision Mica capacitor, engineered specifically to provide the purest sound in Audio applications. Constructed from the finest Indian Ruby Mica plates, silver sintered with solid-silver leads, they are assembled and individually trimmed by hand in our fully UK based manufacturing facility.

CAR resistors are also now offered with 100% Component Linearity Testing (CLT) to detect potential defects beyond the limits of standard visual and electrical inspection. These small defects can distort the harmonic performance of the component and only Charcroft is able to offer this testing as standard – providing the reassurance of achieving the cleanest sound possible.

Our experienced sales team is able to assist you with all your requirements and is supported by a national network of Business Development Managers and Product Specialists fully qualified and experienced to collaborate with you from design stage through to procurement and beyond.

These capacitors are specially designed for audio applications. Constructed from the finest Indian Ruby Mica plates, they are cut by hand, then have silver electrodes printed on. The plates are stacked to the required value, have their edges reinforced with silver paste and are then sintered at 560°C. After firing they are cut into individual chips ready for lead attachment. To enhance their audio properties, solid silver lead wires are attached before final trimming and dipping in epoxy resin. These Capacitors are fully assembled and individually trimmed by hand in our UK based manufacturing facility.

The CAR, composed of Vishay’s Bulk Metal® Z-foil technology, with improved sound quality, provides a combination of low noise and low inductance/capacitance, making it unrivalled for applications requiring low noise and distortion-free properties. While the regular foil resistors are already widely acknowledged as the leading resistors for audio applications, the special “naked Z-foil resistor” design without case or encapsulation, adds an additional dimension for reducing signal distortion and increasing clarity in signal processing.

The SCAR also uses Vishay’s Bulk Metal® Z-foil technology and offers all the features of the leaded CAR but in a surface mount version with wrap around terminations.

CAR resistors are now offered with 100% Component Linearity Testing (CLT) to detect potential defects beyond the limits of standard visual and electrical inspection. These small defects can distort the harmonic performance of the component and only Charcroft is able to offer this testing as standard – providing the reassurance of achieving the cleanest sound possible.

The PWA range of capacitors has long been established as a quality audio grade device. Available at ratings of 160Vdc, 250Vdc, 400Vdc and 630Vdc, it offers audio engineers the maximum flexibility when considering components for their circuits.

Wound from 4µm, 6µm, 8µm and 10µm metallised film respectively, components can be selected using their slightly differing sonic performances and aspect ratios to give the optimum solution desired.

Copper clad steel terminals are standard, however, others are available upon request.

Tape and resin colours are flexible, please contact us for options. Unless specified, capacitors would be supplied with white tape and red resin 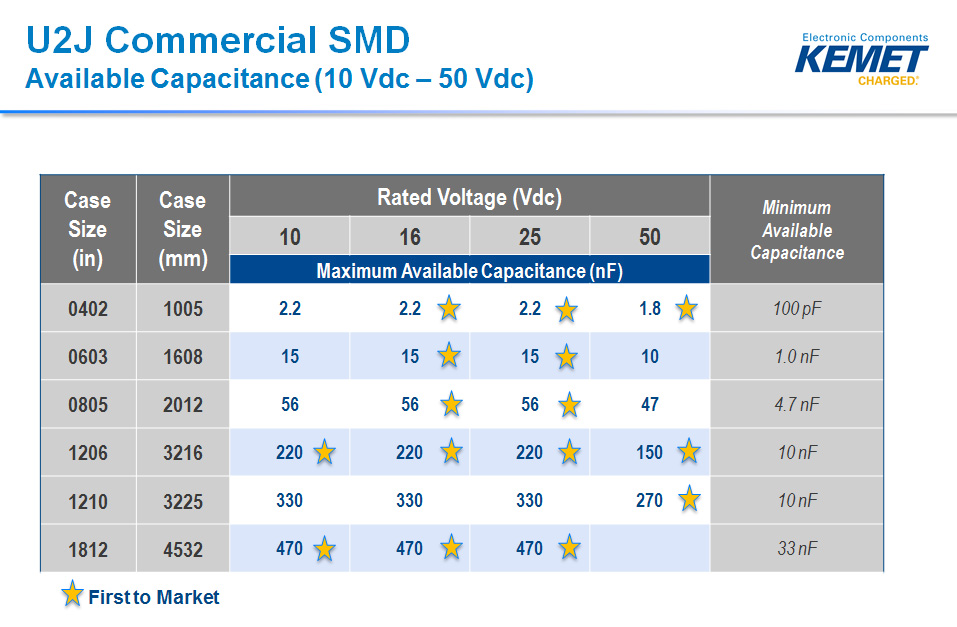 U2J MLCCs are available now in commercial grade and with a flexible termination option.

Kemet has largest range in the industry and Class 1 COG is suitable for Audio applications with its low noise, low ESR & ESL

ALC10S range of capacitors from Kemet

The Slit Foil Capacitor has been produced specifically for audio applications. This is a patented design which eliminates circulating currents in the aluminium foils. This spurious current flow on the capacitor plates is known to occur, but is not apparent in most applications.

ALN20S range of capacitors from Kemet

The T- Network capacitor is a unique capacitor designed specifically for Audio applications. Its main advantage lies in its ability to reduce the effect of unwanted resistance and inductance placing the signal closer to the pure capacitance of the component.


Ohmite's Audio Gold resistors have been carefully engineered with non-magnetic materials to eliminate the effects of these stray magnetic fields on circuit performance, thereby resulting in simplified shielding requirements and improved sound quality.

Audio Gold resistors are designed for use in cross-over networks and as source, emitter, or cathode resistors in balancing applications for output transducers.

In high-end audio equipment, careful selection of resistors is one of the best ways to minimize noise and distortion in the signal path. The typical audio amplifier consists of a voltage preamplifier and power amplifier. The voltage preamplifier deals with low-level signals, making the intrinsic noise of resistors critical, while the power amplifier requires high linearity of amplification and minimal dynamic distortion. Bulk Metal® Foil AUR devices meet both of these needs thanks to their cold-rolled metal alloy foil. Their construction eliminates any current noise in the element itself, and provides the linearity that preserves signal integrity with no clipping or roll-off at signal extremes.

"Many users of precision audio equipment suffer needlessly from unexplained instabilities and drifts due to noise effects and harmonic distortion. They resign themselves to making constant adjustments and troubleshooting, but in fact these can be avoided," said Yuval Hernik, senior director of application engineering for VFR. "Instability is often traceable to a few supposedly fixed resistors, which are not really fixed at all. If these resistors would only retain their original values, there would be no need for costly controls and other compensating circuitry. That’s why Bulk Metal Z-Foil resistors are the only devices for applications such as these".

“Microphonic noise is a parasitic effect mostly associated with surface-mounted resistors. The plane of the mounted resistive element is parallel to the board, by which vibrational movement induces spurious signals in much the same way as a diaphragm in a speaker system," added Hernik. "The horizontal resistor element produces the same microphonic effect, whether caused by physical vibration of the board or by strong sonic waves impinging on it”.

The AUR series offers a resistance range from 5Ω to 120kΩ. Any conceivable ohmic value within this range, to six digits, is available with no additional cost or lead time effect. The resistors feature rated power to 300 mW at +70°C, a maximum working voltage of 300V, a rise time of 1 ns with effectively no ringing, current noise of < 0.010 μVrms/V of applied voltage (< -40 dB), a thermal stabilization time of < 1 s (within 10 ppm of steady state value), and a voltage coefficient of < 0.1 ppm/V.

"Particularly in high-precision audio applications, the best resistor choice is often a through-hole device that is specifically designed to provide higher resistance values, higher power, tighter tolerances, and better long-term stability, while requiring less board space and allowing the clean-up of solvents and resins," added Hernik. "Through-hole devices achieve better stability because they are not subjected to thermo-mechanical stresses from the PCB. And unlike other through-hole resistors, the AUR devices require no added height for stress-relieving bends in the leads, as they feature built-in stress relief."

Samples and production quantities of the AUR series are available now, with lead times of two weeks for samples, and eight weeks for standard orders.

Ultra High Precision, Z-Foil Audio Resistor Minimizes Noise and Distortion in the Signal Path with TCR of ±0.05 ppm/°C, Tolerance to ±0.005% and High Linearity or Low Voltage Coefficient of Resistance (VCR) of 0.1 ppm/V